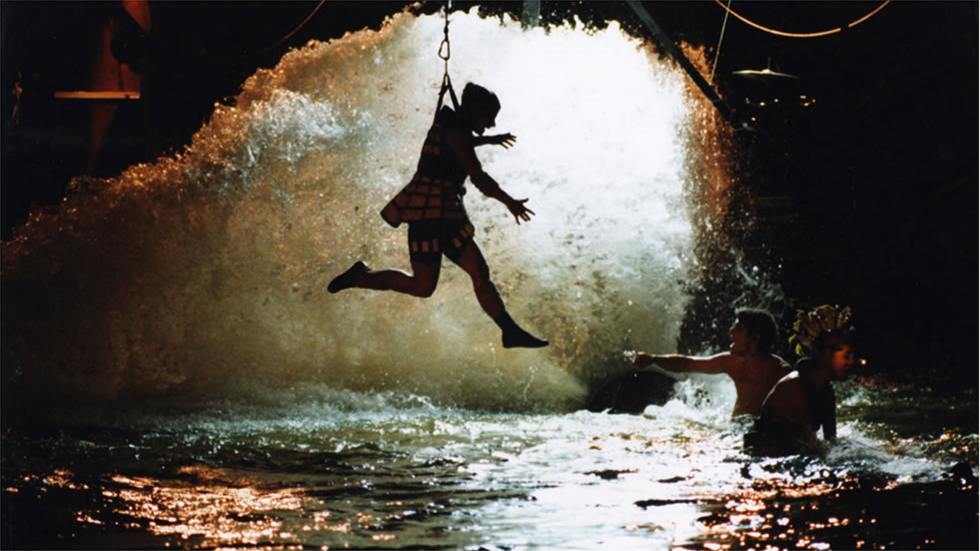 During the nineties, I had the opportunity to work together with the Italian light designer Marco Biagioni on several large projects location projects by Dogtroep. We made together the performances Noordwesterwals 1 and 2, Dynamo Mundi, Una and Adder zonder Gras. Then (without Marco) Hotazel and Atom Tattoo. 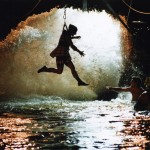 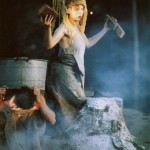 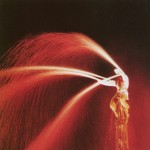 Light design for a group like Dogtroep is of an entirely different order than working in the regular theatre and includes more than simple pull out of a performance.
The work begins with setting up the infrastructure of the location and power supply. Then you work on the basic ideas of the performance (which is fully in development). Integrating light in the location and in objects and images,  build and run the show.
The process of making is very intensive and is done at the location itself. Like everyone else, are you part of the artistic process. With the location as a starting point you start a project of which you still don’t know where you’re going to end up.
Everybody, musicians, actors, artists, builders, costume, light, direction and production is starting from the same zero point, a creative super booster.

Working with an other light designer may seem strange, but within the context of the intensive process of Dogtroep performances actually more necessarily than strange. The play areas were often large. Physically, it was impossible to overlook the whole playing field on your own.
The role of the ‘ light ‘ inside the performances were reason for many discussions and experiments between Marco and myself, while at the same time  we also had our role in the entire group process. To work together, to create and experiment, as sparring partners at the same level, was a challenge we liked very much.

For me the play with the different realities  was the power and beauty of the performances, tilting the perception to new images, to another world. Performances in which modern techniques, daily objects and fantasy images unlock unconscious ancient instincts. Whereby all ordinary objects or scenes could give a completely different turn to the reality. I gave the spectator the opportunity to see things as ‘new’. In a way small children can look at things and see them as new..sincerely surprised by the simple things of life.

We tried to look at light in a different way, we tried the open the door to wonderment. Wondering opens doors to our fantasy and to the mystery that life is. It looks like it is really is, but it can also be illusory.

Not only a lamp and light intensity were of importance. But also the relationship and meaning of light. Light is life, light is heat, light is fire, light is colour, fire is warm (friendly) or fire is dangerous (destroy). A lamp is light, a light bulb has color, has a coulored lamp an emotion? Has light character? I
Can light  be a character in a piece? Can a lamp  be a character? How do we get there, how can we grab those ideas and implement them in the show?

We found that the basic light of the shows had to integrate into the location. So that it would give a ‘ natural ‘ feeling. We didn’t look for ready made high-tech solutions as large trusses and power drives rented, on the location they would be plugged in as invaders from another world. No, at each location we researched again the capabilities of that spot. What kind of world would that be? How are we going to conquer that world (Magic?)

We worked with light in the broadest sense of the word, starting from Fire, candles, oil lamps, lamps, bulbs, halogen, theatre spotlights, until moving light and laser. Car lamps, ship lamps, lamps of the runway of Schiphol, disco stuff, 24 and 12 volts lights.
By the mobile workshop, we were able to make our own lamps, light installations, special pipes and clamps.

If I look back on all those projects, then again and again the word “grow”  comes back in my mind.
The light and the ideas for the light ‘grew’  while we were working with everybody on the spot. This happened on several levels, grow with the specific location, the get the place physically and practically in your grip. The light that kept up with characters that developed and light that kept up with objects and images and sometimes even grew in the costumes.
As light designers we got involved in the development of characters, images and costume. Through the creative process by all, we were able to integrate the light in a way that in a normal theatre situation is almost never possible because the creative proces in a normal theater production is usually cut in pieces.

Light as a character

In Noordwesterwals two players had very small flexible lights build in the costumes, to light the faces of the actors. Also we used walking follow spots. Technicians  in black clothes, with a car headlights on their bellies and a battery to their belt so we could get light on the strangest places.
The crying light, where water trickled out, the stubborn lightbulb that refused to go off . The laser ceiling at the end of Atom Tattoo in which the main character swum away on top of the public. The helium balloon in Carré that provided public light.  The public light went out because the light (balloon) actually physically left the room by the entrance door. The opinionated lamp that again and again popped up through the floor. There are dozens of examples of light that was more than just a lamp on a percentage.

All these light images hadn’t been existed if no scene, actors, or game moments that had been brought life the the ideas. In other words, many light plans died within the group process of making the show, because we could not find a partner, image, or time moment.
The best ideas were the ideas that started circulating within the group of actors and then went around to costume, to management, to technology. If that happened  you knew certainly that the idea would grow and come to life.

In this way dealing with light was only possible with Dogtroep because everyone had the same wonder, creativity and urge,  to use the world we live in as input in the performance and then cut through the reality into a world of fantasy, feeling and emotion.