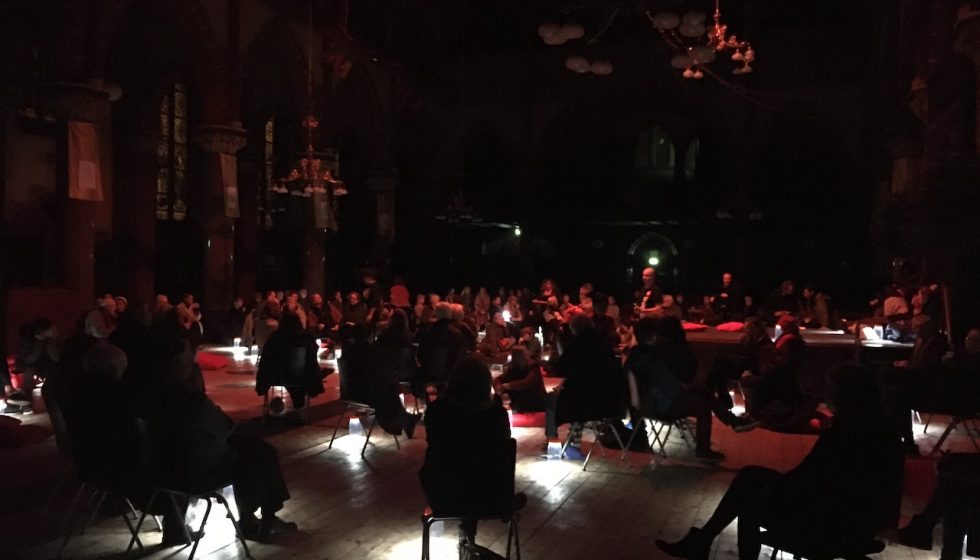 The voice as a connecting element

On December 22 and 28, 2019, (Non)Corpus: God premiered in the Dominicus Church in Amsterdam. A special project in which we investigated whether the influence of the voice could serve as a connecting factor between different beliefs. After six months of research and collaboration between the Genetic Choir and Pakhuis de Zwijger, the Fatih Mosque, the Blue Mosque and the community of the Dominicus Church itself, the time had come to perform. (Non) Corpus: God is an immersive experience of sound and light. The audience is actively taken along and can choose a different “route” through the concert. Inspired speakers give an introduction from their background about the “best” way of listening.
When does the voice touch something that we have no words for? For example, how is this experienced by a religious Muslim, a religious Christian or by a non-religious music lover? Light plays a different role in this project than usual. A concert in which joint listening is central and watching is discouraged. The light does not follow the action but creates its own atmosphere. At the start, visitors are given their own lamp which they can wear or put on the ground. The concert remains fairly dark. With less light in our eyes, our other senses work harder. In this case, the light images tempt the visitor to open their ears furthermore and let go of looking.